Menu
Back to Team 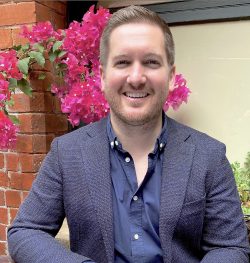 Look at photos of some of Australia’s most historic sporting events and in more than one you will see Thomas, anywhere from six years of age, dressed and ready for work in support of SoldOut’s founding father – and his own father – Wayne B. Staunton.

Growing up by his father’s side, Thomas has witnessed and lived first hand, the SoldOut team delivering iconic moments in Australian and international history, including: the Sydney 2000 Olympic and Paralympic Games,  Salt Lake 2002 Winter Olympic and Paralympic Games, the 40th Anniversary South Pacific Games in Fiji, Surf Life Saving Australia’s ‘Australian Championships’ for over 20yrs, the Australian Swimming Championships for over 15yrs, the Blackmores Sydney Running Festival for over 15yrs, the Australian Olympic Team “National Welcome Home Celebrations” since 1996, the World Surf Life Saving Championships “Rescue 2012”, to name but a few.

Since returning to Australia in 2012 and starting from the ground up in the “family business”, Thomas has proven his own capabilities to re-shape and innovate the international event landscape, through his development and securing of the ‘Official Event Agency’ sponsorship for SoldOut, on the Gold Coast 2018 Commonwealth Games.

Thomas is driving the SoldOut team on the next 20 years of successful world-class events and landmark moments in global sports.

Thomas has a strong strategic and creative ability and applies his conceptual and innovation development to transform projects and brands alike.

The experiences gained through domestic and international stakeholder management, including Ultra-High-Net-Worth-Individuals, exposed Thomas to develop the levels of negotiation and understanding required in the high-pressure multi-stakeholder world of international events.

Interestingly though not surprisingly, Thomas was the youngest ever Tour Director employed by the world’s largest travel company at just 19yrs of age, and led expeditions around the Greek Islands and Turkey where he added to his multi-lingual skillset. Thomas also has a Heavy Vehicle driver’s licence, although he’s only used it once!.