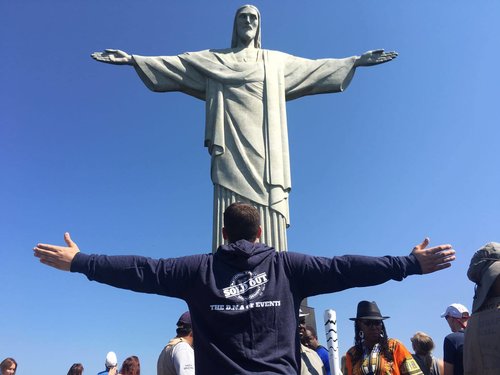 Number of years with Sold Out Events: 6

Describe yourself in three words!

What does your role at Sold Out Events entail?

Everything. I feel sorry for Marika in HR who has to try and make sense of a job description.  At Sold Out we have more wardrobe changes than an Elton John concert.

I most like the people and the community around us. It doesn’t matter what state, city or town you are in there is almost certainly going to be a recognisable face to say hello to and catch up with.

Internally we have a fantastic team that go to greats lengths to have each other’s backs.

I least like the M5 in Sydney when I’m on the first flight out, the M1 on the Gold Coast when I’m trying to get home and the baggage carousel in Melbourne. I can’t pin point which of those tries harder to make me late.

How did you get started in the events industry?

I worked in event security and logistics for a few years in the UK before I came to Australia where I was lucky to attend the biggest music festivals, sporting and community events in the country on a weekly basis.

I came across Sold Out by chance. Most people here know that once you get a little taste… you’re hooked. The diversity, the challenges, no two days being the same are a real draw card.

Do you travel for my job? If yes, where has been your favourite location and why?

Travel is one of my favourite parts of the job. I’ve been fortunate enough to work in every state and capital city. My favourite place is hard to narrow down but I tend to like the more regional locations like Longreach and Darwin. The different communities, cultures and conditions keep us learning and developing.

What has been your favourite event/activation to work on and why?

I like the events where we get to muster a big team on the ground, work with many other stakeholders and watch all our planning and development come to fruition. The sense of accomplishment and a big job complete is rewarding and addictive.

What is something about your job that most people wouldn’t know?

As project/account managers we take complete responsibility for every element of a project. From the creative thinking and the weekly WIPS to budgeting and developing as well as sending the parcels, packing the vans, picking up the litter and scrubbing down the BBQ.

What is the most unusual thing you’ve seen or done while working on an event/activation?

I once had to spend an hour in the surf at Surfers Paradise to assist a video shoot of the GC2018 Mascot Borobi who was attempting to surf. Knee deep became waist deep and eventually treading water. When the final edit was released it was less than 1 second of footage :/ !!!

Have you ever met a famous person while working on an event/activation. If so, who was it and what were they like?

The list is endless. Sport stars, singers, actors you name it. I was in the Royal Albert Hall in London once when several Premier League football players weren’t overly impressed I turned down a photo opportunity.

Robbie Williams and Justin Timberlake were characters but Ian Mckellan at an ATP Tour Final in London was the most interesting.

If you could swap jobs with anyone else in the company for one day, it would be Nicole Barnes.

Why? Her days of cable tying are long gone – no, that wasn’t a reference to her age.

If you had to pick a movie title to describe your job, it would be……

The Good, the Bad and the Ugly

Do you have a party trick? What is it?

No party tricks, I’m just thankful to be at the party = weekend off!

Find out more about Matt HERE. 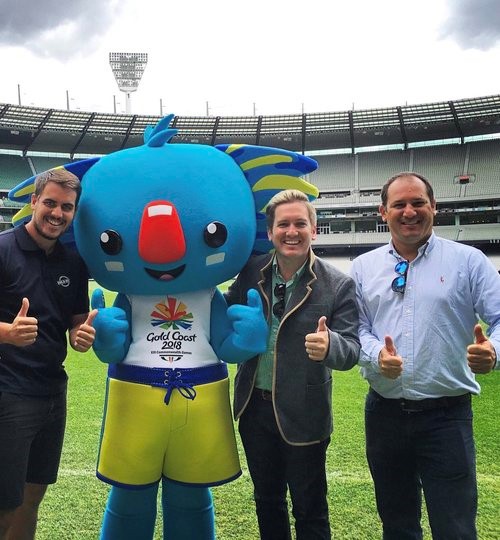