What a sensational year 2017 has been! In what was Sold Out’s biggest year thus far, we celebrated 24 years of amazing events, award winning event delivery as well as exciting new partnerships.

Continuing Sold Out’s Games legacy, 2017 saw us become the Official Event Management Company for the Gold Coast 2018 Commonwealth Games – the biggest sporting event to hit Australia’s shores since the 2000 Sydney Olympic Games. As Official Supplier to the Gold Coast 2018 Commonwealth Games Corporation (GOLDOC) Sold Out continued to assist in the delivery of promotional and marketing events for GOLDOC, including various milestone events. Over the next few months the Queen’s Baton Relay major shared celebrations will be a key focus of this exciting journey.

Major celebrations were also on the cards for our birthday this year, celebrating 24 years of unforgettable and award winning global projects and event delivery as well as countless world first events around Australia.

At the 2017 Australian Event Awards, Sold Out took home the “Best Community Event State or Territory” win in one territory and four states, including the ACT, SA, QLD, TAS and WA with the Australian Olympic Team Rio 2016 Welcome Home Celebrations. Sold Out was also a finalist for Best Event Management Company second year running. Plus the inaugural Nitro Athletics 2017, which took place in Melbourne in February, was a standout and a hot contender in this year’s Australian Event Awards and was recognised as the best new event in Victoria and a finalist for the Best New Event in Australia.

We literally had boots on the ground the length of the country, across most states and territories and several towns, often simultaneously at multiple locations and at different ends of the country throughout 2017 and chapeau to our team for their endless efforts in delivering events across Australia!

We continued our decades long partnerships in delivering iconic events such as Floriade in Canberra, the Blackmores Sydney Running Festival, Coolangatta Gold and the Big Bowel Tour across Australia – just to name a few.

We also delivered our own new events such as the Cronulla Spring Festival and various other community events. 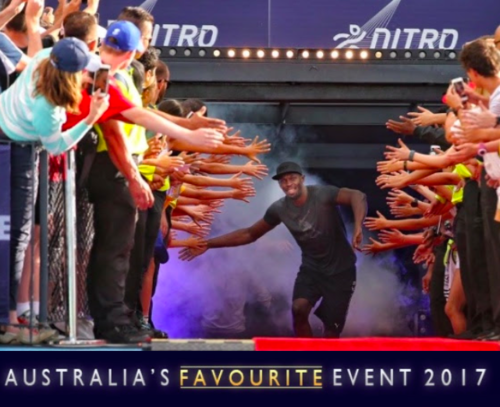 We consider ourselves very lucky to deliver over 500+ events each year, for the significant and positive impact all of our events have on the Australian community, and we love to create engaging and innovative experiences and deliver inspiring and successful projects across the country and overseas. The team at Sold Out represent local expertise and world-class delivery that is second to none and we thank all of our team for their commitment.

We are looking forward to more exciting events in the future and would like to thank you all for being a part of our breathtaking journey over the past 24 years and 2017 specifically and cannot wait to show you what we’ve got planned for the New Year and the next 24 years ahead!