The new year is well and truly underway. Sold Out Events powered through January with a full schedule that kept our dedicated teams busy.

While the excitement for the opening of the Gold Coast 2018 Commonwealth Games (GC2018) is ramping up, our calendar is bursting with events, activations and projects around Australia and the world. Oh, and did we mention we’re also celebrating a very special birthday. We’re half a century young.

What We’ve Been Up To

We laced up our ‘volleys’ for another year and supported the event’s naming rights sponsor Suncorp to manage and deliver their sponsorship rights through onsite activations, across the week-long tournament.

Movies in the Park, Sydney

It was movies and popcorn under the stars over summer with Strathfield Council’s free community event that has been delivered by Sold Out Events for several years.

We were also shaking our groove at the Priscilla: Queen of the Desert stage show promotion with AAMI in the lead up to opening night.

Continuing our work with Suncorp, we provided sporting inspired activities and ground support to deliver their partnership with the Fuel2Fly netball clinics. 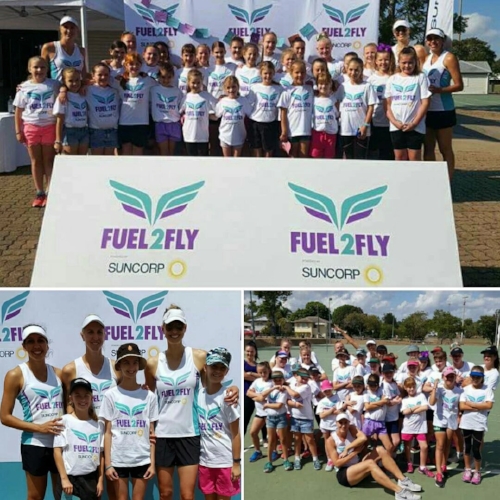 If you thought January was busy for the Sold Out Events’ team, wait until you see what’s coming up over the next few months.

During April, we’ll be simultaneously onsite at two of Australia’s (and the world’s!) largest sporting events:

o   The Gold Coast 2018 Commonwealth Games (4-15 April) where 6,600 athletes from 70 nations will be descending on south-east Queensland.

o   The Australian Surf Life Saving Championships in Perth (14-22 April) where more than 7,000 athletes will be representing 311 lifesaving clubs.

The Queen’s Baton arrived in Australia on 24 December to begin its country-wide relay, and as it travels around Australia, we will be delivering the major celebration events as the Official Event Management Company of GC2018. Keeping with the Commonwealth Games theme, we will also continue delivering major athlete and team announcements in the lead up to the opening ceremony on behalf of Commonwealth Games Australia.

From 3-12 March, Canberra will illuminate in spectacular fashion with its annual 16-day Enlighten Festival.  The Sold Out Events team will be onsite delivering signage installation and activations for the event’s major sponsors.

We will also be continuing our relationship Blue Emu Carpark by providing new and exciting activations at Sydney Swans’ home games in 2018.

Happy Birthday to us! It’s been 25 years since Sold Out Events managed its first major event. Back in 1993, founder Wayne B. Staunton took over delivery and logistics of the Australian Surf Lifesaving Championships, and the company hasn’t looked back since. For 25 years, we’ve been building our exceptional reputation as an award-winning, internationally recognised event company.

We will be celebrating our birthday throughout the year, but we will be kicking things off by opening up the archives and looking back the 25 most memorable events we have delivered over the past half-century. Keep an eye on our website and social pages as we walk down memory lane.