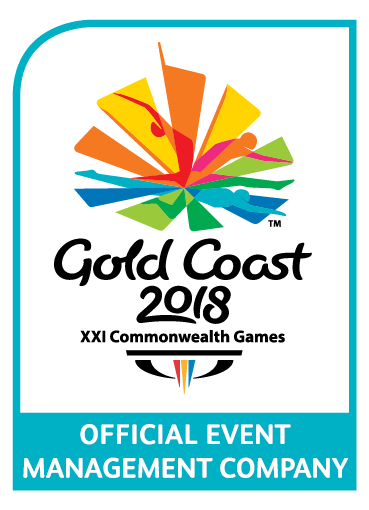 As Official Supplier to the Gold Coast 2018 Commonwealth Games Corporation (GOLDOC) Sold Out will continue to assist in the delivery of promotional and marketing events for GOLDOC, including milestone events, GC2018 Mascot (Borobi) and Queen’s Baton Relay events as well as GOLDOC community engagement activations.

“It is a great honour and we are very excited to be the Official Event Management Company of the Gold Coast 2018 Commonwealth Games,” Thomas Staunton, CEO, Sold Out, said.  “We are looking forward to contributing to the success of the largest sporting event in Australia this decade with our extensive event experience and to Share the Dream by delivering inspiring and memorable events in the lead up and during the 2018 Commonwealth Games. We’re excited to once again provide our services on home soil for an event of this size and to create engaging and innovative experiences for the Gold Coast, the Australian community and the Commonwealth.”

Sold Out is an Australian family-owned full-service event company creating successful events for the most high-profile and largest events in both Australia and overseas.

GOLDOC Chairman, Peter Beattie AC said ”Sold Out are another credible and experienced addition to the GC2018 Sponsor Family. Sold Out have been delivering world class events for over 24 years, including the Sydney 2000 Olympic and Paralympic Games as well as the Melbourne 2006 Commonwealth Games. This partnership continues their proud history of staging Oceania’s most significant sporting events.”

GOLDOC Chief Executive Officer, Mark Peters said he was delighted to welcome Sold Out to the GC2018 Sponsor Family. “We’ve worked closely with Sold Out to deliver recent key milestone events including the hugely successful Borobi launch in April 2016. I look forward to working with them to deliver a great GC2018.”

About Sold Out National Event Management

Sold Out National Event Management Pty Ltd (Sold Out), established in 1993, is a second-generation Australian owned family business and full-service Event Management company offering over 24-years of award winning total event management services and experience.  Sold Out delivers over 500+ events each year and most recently was recognised as Industry Leader with the ‘Best New Event’ and ‘Best Sporting Event NSW and QLD’ awards at the 2016 Australian Event Awards.

Sold Out has been the official National Event Management and Logistics agency for a vast number of Australia’s biggest companies, most high profile brands and national sporting organisations and has unparalleled experience delivering some of Australia’s and the world’s most significant events such as, amongst others, the Sydney 2000 Olympic and Paralympic Games, Salt Lake 2002 Olympic and Paralympic Games, Manchester 2002 Commonwealth Games, 2003 South Pacific Games – Fiji, Melbourne 2006 Commonwealth Games, AFC Asian Cup as well as countless world first events around Australia including Water Polo By The Sea (Sydney Harbour), NITRO Athletics, Sydney “Macy’s Day” Christmas Parades, The Variety Cycle, Enlighten Canberra and BHP Aquatic Super Series.

WE DEVELOP.
WE NETWORK.
WE ACHIEVE.
WE ARE THE D.N.A. OF EVENTS