Sold Out – Chasing Down The Dream in California 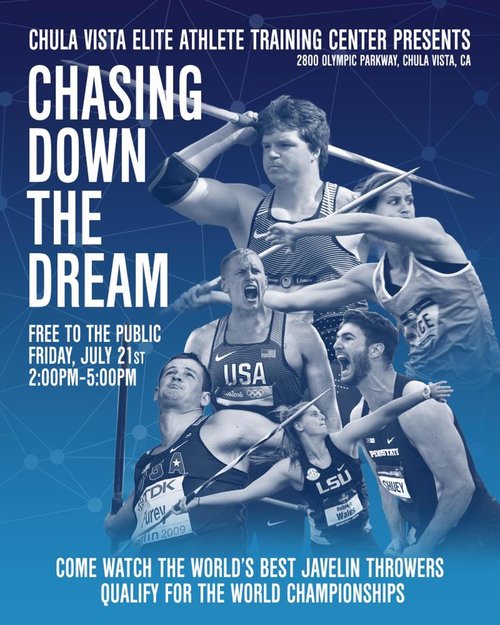 North America’s top javelin throwers battled it out at Chula Vista Elite Athlete Training Centre in California on Friday, 21 July 2017 in the hopes to qualify for the 2017 IAAF World Champions.  Sold Out National Event Management (Sold Out) was a major partner of the “Chasing Down the Dream” – last chance World Championships qualifier, which saw the best javelin throwers come together in San Diego California for a successful event.

“It’s the way a track meet should be run. Top athletes, beautiful venue, energetic music, and interactive demos, everyone had a blast!” two-time Olympian and men’s javelin competitor Sean Furey said after the event.

“Chasing Down the Dream” was an event for athletes, who were chasing the World Championships qualifying standard.  It was the vision of USA dual Olympian and men’s javelin thrower Cyrus Hostetler, who wanted to create an engaging event for athletes and spectators alike.

“Spectators are distracted and confused with too much going on in most of the stadiums.  They have too many things to focus on.  Even in a big stadium like the Olympics Games with 80,000 people in the stands, I feel like no one is watching me,” Cyrus Hostetler said.

There has been a lot success with single event competitions in other sports, with the events being cheaper to host, drawing more spectators per athlete, and offering a lot more fun – exactly the atmosphere Hostetler envisioned for his event.  Hostetler pulled-off the organisation of the event in just two weeks and a competition unlike anything the javelin throwers had ever seen.

“In over eight years at the Training Center I have never seen an event with so much energy and so professionally done.” stated USOC staff member Sam Gardener.

“We are very happy with how it all went and we were only able to pull this off with the support of our partners such as Sold Out.  I met the Sold Out events team at the Nitro Series in Australia and because of their support we were really able to take this event to the next level,” Cyrus Hosteler said about the Sold Out partnership. 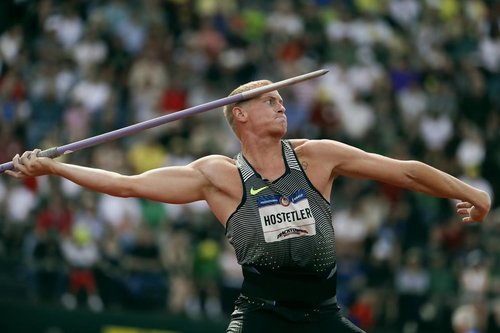 “It was very exciting to be the major event partner of “Chasing Down the Dream” and to be able to support an event and athletes of this caliber.  We loved being back in the USA after having been involved with the Olympic Games in Salt Lake City 15 years ago and we are looking forward to more events like this in the future,” Thomas Staunton, Sold Out CEO, said.

Friday, 21st July was the last day to qualify for the World Championships, which are set in London this August.  Athletes were shelling out hundreds of dollars to fly across the country just for the chance to make the team.  Hostetler says, “It is an inspirational meet for fans to come see. I think these athletes are setting an amazing example for our youth. If you have a dream; go chase it.”

The event was also an amazing opportunity for spectators to see the private training facilities of some of the best athletes in the world! Hosted by the Chula Vista Elite Athlete Training Center near San Diego, California, it was a perfect location, with amazing weather, and beautiful views and everything the athletes needed to have a great competition.

Ariana Ince from Texas won the women’s side of the competition.  Just narrowly missing the World Championships automatic standard by throwing 199 feet 6 inches (60.81 meters), it was one of the best series of throws in her life:  “Absolute blast. The crowd and the energy were perfect and I’m hoping this meet comes back bigger and better next year.  Doesn’t hurt that I had the best series of my life!” Ariana Ince said.

Ince did not achieve the World Championships automatic standard, but because she is one of the best javelin throwers in the world, she received an invitation from the IAAF nonetheless.

The meet also got international attention with World #5 Marcin Krukowski from Poland stating that he was hoping to come if the event was held again next year. Krukowski threw a personal best this year of 289 feet (88.09 meters).

Athletes like Krukowski could bring in more heavy hitters and lots of excitement to the track and field in America and making the future of Chasing Down the Dream a bright one.

See all the results here: Results