Sold Out National Event Management company as well as Nitro Athletics 2017 and the Australian Olympic Team National Welcome Home Celebrations 2016 events have been announced as National Finalists by the Australian Event Awards for 2017. 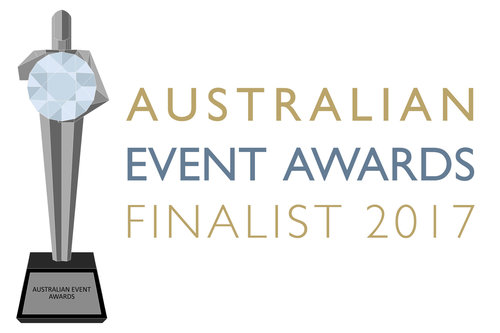 It is the second year that Sold Out has entered the Awards. In 2016 Sold Out won the “Best New Event” with Water Polo by the Sea, the NSW and QLD State nomination for “Best Sport Event” with the Nutri-Grain Ironman Series and was a finalist for “Best Event Management Company” and “Young Achiever of the Year”.

Selected as 2017 Finalists by the Judging Panel through a rigorous reviewing process of hundreds of entries received from every state and territory and internationally, the panel determined that Sold Out, Nitro Athletics and the Australian Olympic Team National Welcome Home Parades in QLD, ACT, TAS, SA and WA were stand-out and hot contenders in this year’s Australian Event Awards.

“We’re very excited and proud about these finalist nominations. The Australian Event Awards highlight the work team our team does and the nominations are a great recognition of our team’s work and a testament to our team’s ability,” Sold Out’s CEO Thomas Staunton said. “We are incredibly proud of everyone on the Sold Out team for all their hard work, dedication, effort and support and are looking forward to the Awards night to celebrate these achievements together with the industry and our peers.” 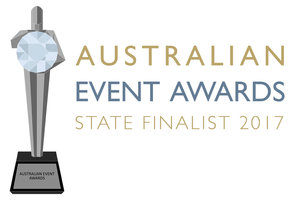 “Especially the nomination in the best new event category for the second time in a row shows that we have the capability to bring new events alive. We also deliver engaging events to a broad market, which is demonstrated by our community events across the States and Territories and it is great to see this being recognised in the finalist nominations,” Kim Voss, Sold Out Managing Director, added.

Sold Out is a major partner of the 2017 Australian Event Awards and is also proudly supporting the charity and cause-related events category at this year’s Awards. Supporting this category was a natural fit given Sold Out’s strong sense of community, vast experience delivering cost effective outcomes for cause-related and not-for-profit organisations and our strong belief in the power of events, cause-related marketing and social partnerships to achieve strategic objectives.
Founded by creating and delivering community engagement and cause-related events, Sold Out events have generated millions of dollars in charitable-giving throughout our 25-year history.

Now in its ninth year, the Awards are considered the most prestigious prize of its kind amongst industry leaders and event organisers and suppliers from around the nation. The winners will be announced at a glamorous Awards Ceremony, at The Events Centre in Caloundra on the Sunshine Coast, Queensland on 13 September 2017.

Co-chair of the Australian Event Awards Judging Panel, Sandy Hollway AO said, “The Awards puts a spotlight on the industry suppliers delivering incredible technical, design, marketing and other achievements, often behind the scenes.  Once again, the finalists in this year’s Australian Event Awards demonstrate the strength and variety of Australia’s events industry, from outstanding events in regional areas, to events raising awareness and funds for important causes, bringing Australian brands to life with innovative activations, tourism events pumping money into local economies and many other exhibitions, conferences, festivals and events bringing people together for reasons of celebration, knowledge and connection.”

Company Finalists – for work on a number of events in 2016 / 17: Sold Out National Event Management