Sold Out are very proud to be the delivery partner of the Parallel Parks activation at Martin Place, Sydney on Friday, 15 September.  In a world-first, this Virtual Reality event showcases four of Australia’s finest national parks, demonstrating the power of technology to remove barriers and improve access to the great outdoors.

For one day only, Martin Place was transformed into the world’s first virtual park, where visitors were able to explore four of Australia’s finest national parks, including Central Australia, Great Barrier Reef, Kangaroo Island and Murray River.

Sold Out secured Google’s involvement, with the event being “Powered by Google’s Pixel phone and Daydream VR headsets”, the event demonstrated the power of VR technology to remove barriers and make the world’s national parks more inclusive and accessible to all.

Parallel Parks is an initiative of New Horizons in partnership with NSW National Parks & Wildlife Service, People & Parks Foundation, Hamilton Island, Telstra and Qantas with the vision to make the world’s national parks accessible to all.

Sold Out National Event Management delivered the activation, which aims to have a positive impact on the quality of life and wellness of people around Australia.

Congratulations to our team and everyone involved and a massive thank you to our friends at Google for their support to help make this world-first initiative a “reality”!

Find out more about this inspiring project in this great Campaign Brief write-up.

For more information on the project, which raises funds to develop VR experiences, shoot 3D footage of national parks, and to fund VR devices for people with disability, visit Parallel Parks HERE. 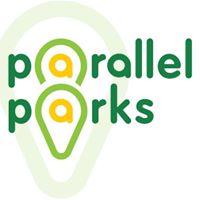