No Limit to Imagination

If you can dream it, the chances are Sold Out Events can build it.

With years of experience in production, Founder Wayne B. Staunton used his skills and talent to not only establish Sold Out Events as an award-winning events company but also as a company renowned for delivering extraordinary activations for clients with big ideas.

Before Sold Out Events was born, Wayne was a screen printing and sign writer by trade and worked in his family business producing promotional items such as flags, banners and marquee tops. He went on to become the National Promotions Manager of Surf Life Saving Australia before establishing his now successful business.

Our team are no strangers to designing and producing speciality items, and they love the challenge of bringing ideas that are ‘a little out there’ to life. Here are just a few of Sold Out Events’ favourite creations:

In March 2016, Sportsbet paid tribute to Cowboys star Jonathan Thurston by recreating his famous headgear. Only it was a little larger than JT’s actual head and stood at 5 metres high and 4.5 metres wide. It used 80 sqm of lycra and took 200 manhours to build! 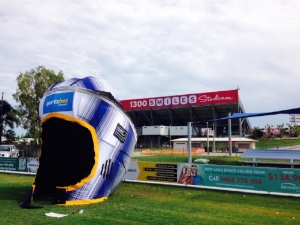 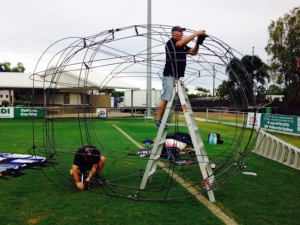 In August 2010, Richard Branson launched the Virgin credit card in Australia, but it’s not like Branson to do things by halves. Sold Out Events created a giant wallet that was 6-foot-tall and 9-foot-wide and opened to reveal a colossal sized Virgin credit card. 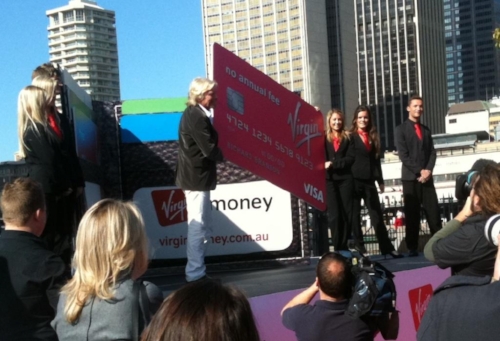 In December 2015, Sydney Harbour’s Campbells Cove was the dramatic backdrop for the launch of Water Polo by the Sea at Circular Quay. Fitted with shark-proof netting, Sold Out Events built an inflatable water polo field that met international regulations. The water polo event was subsequently shown on National television around Australia and in Europe. 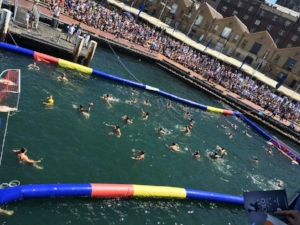 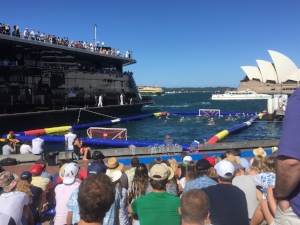