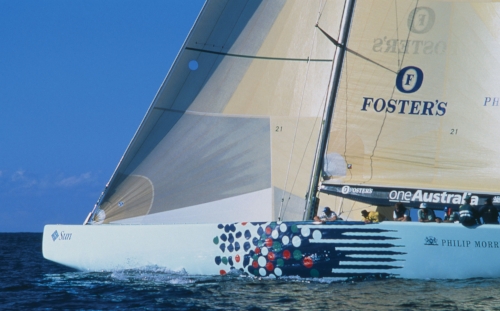 Before becoming infamous in 1995 for being the first boat to sink in the 144-year history of the America’s Cup competition, the One Australia Yacht held a not so well-known record. It was the largest single span structure to be transported up the east coast of Australia.

Sold Out Events was solely responsible for transport logistics and operations of its move which took four days from Sydney to the Gold Coast. With 17 vehicles in convoy, the moving of S/Y One Australia became a show-on-wheels with roads and towns being shut down so the colossal structure could continue its journey.

Draped in camouflage with the words “top secret weapon” written on its cover, school children, locals and tourists lined the streets along its journey to wish the crew good luck.